The two Principals of I-Gold, Peter Anderton and Tim Lagdon have a generation of hands-on experience on real developments and real projects. Collectively the team has been involved in the key development, implementation, financing and operating decisions of over 200 major and minor Projects globally. These include successful and unsuccessful developments and the team carries the lessons of accomplishment and failure.

Over many years I-Gold have developed an unparalleled network of industry professionals and specialists who can be brought together to deliver the optimum outcome on a range of developments in various commodities globally. The I-Gold network has solid history of working together in an integrated team with performance and outcome focus.

In off-shore projects, I-Gold recognises the need for well-developed in-country relationships with local partners that have proven track records in project performance and value delivery in their own businesses. I-Gold’s own network is extensive with relations driven by strong personal bonds built up over many years from professional engagement and successfully working together. 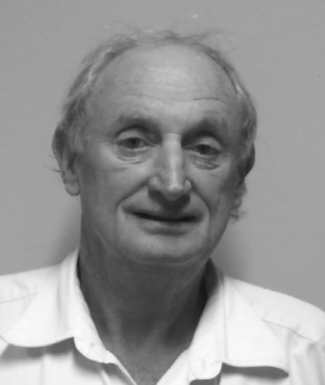 Mr Anderton has a business background with diverse global experience in engineering, construction, mineral processing and mining, infrastructure, agriculture and fishing, renewable energy, and manufacturing. Mr Anderton is highly regarded as a prominent corporate strategists and trouble shooter with the ability to take on complex industrial challenges with successful outcome. He has a rare balance of technical, commercial and business acumen that supports a strong understanding and intelligence to work through multifaceted tasks based on limited information.

Mr Anderton’s experience extends from a construction tradesman in the initial North West Australian iron ore industry, qualified in mathematics and engineering, project engineer and project manager in a range of mineral and manufacturing projects. He is a founding owner and director of a major engineering/construction organization (Lycopodium), director and CEO of Minproc Engineers (now Amec) in the Americas and globally. Over a period of twenty years closely involved and associated with the development of numerous gold and other minerals facility worldwide.

He was an owner/developer in the nickel, magnesium, silicon and renewable energy (biofuels) industry. His experience extends as CEO of Comet Renounces Limited to the successful packaging and sale of Ravensthorpe Nickel Project to Billiton Metals and the development of a substantial biofuels operation in North America and Central Europe.

As an operator in calcined lime and cement, industrial minerals, gold, iron ore, agriculture, fishing and renewable energy. His experience includes as production manager of bulk lime and cement manufacture in Australia and the UK, general manager of a multifaceted industrial minerals group supplying a broad range of high quality products to industry, establishing and operating a successful broad acre farming and cattle venture in Western Australia, a substantial fishing enterprise off the West Australia coast and as the group senior vice president responsible for five major gold operations in West Africa for Anglogold Ashanti.

As an entrepreneur and developer, chairman and CEO, senior executive and director, Mr Anderton has spent over 40 years in the engineering and construction industry focused on minerals and mining. Mr Anderton has established and operated as head of successful global entities specializing in project delivery and sustained operations. His experience extends to CEO and director of development and operating companies in gold, magnesium, iron ore, nickel, silicon and base metals, owner and operator of a fishing fleet working the Western Australian mid-west coast, onshore and offshore aquaculture, biofuel development and operation in North America, Central Europe and Australia, ownership and operation of cattle and broad acre farming in the Western Australian wheat belt. 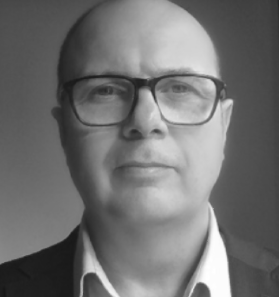 Tim has a banking and finance background with diverse experience across mining, infrastructure, renewable energy, property, wholesale finance and agriculture.

Ghana/EMS
In Ghana, the local partner is Endemic Mining Services (EMS), wholly owned by Mr Nana Bawua Afiamoa Kotokuo. The indigenous group has been operating in Obuasi for many years in conjunction and in close association with Mr Peter Anderton. More recently EMS has expanded to support the requirements of I-Gold in West Africa. The EMS parent has a proven track record in the mining, mineral processing and infrastructure projects over many years principally in the Obuasi/Kumasi/Tarkwa (Birimian Gold Belt) region of Ghana. The parent group currently employees over 450 nationals in the sector and has had a directly engaged workforce of over 1,500 during periods of heighten gold project activity.